I am Owen Jenschke, and I have 20+ years of extensive experience in offshore drilling vessel engineering design and construction.  I began working in the offshore drilling industry in June of 1992 with Sonat Offshore.  After numerous mergers and acquisitions, I found myself working for what became Transocean Offshore.  In December, 2010, I departed Transocean to become a self-employed independent contractor, with a focus on new build offshore drilling construction projects. This led to several years in Asian shipyards and offshore client acceptance trials.

With the offshore drilling industry downturn, my focus is now on reactivation of vessels for new drilling contracts. This would utilize my technical management skills and offshore engineering knowledge.

A LOT of people ask me about the name Shearwater Offshore.  A Shearwater is a tough seabird, one of the champions of bird migration.  Shearwaters stay far offshore for the majority of their lives, briefly returning to land for nesting on isolated islands in the Southern Hemisphere in the summer.  The migrate vast distances, covering up to 12,000+ km per year flying from their Southern summer breeding grounds to winter offshore in the Northern Hemisphere.  As they spend the winter months in the Northern Hemisphere, they almost never come to land in the north. 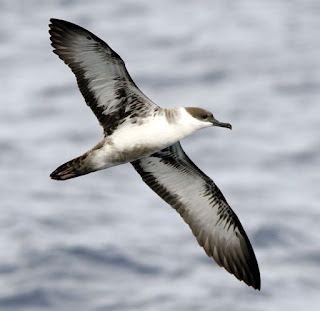 Shearwaters characterize the basic intent of Mobile Offshore Drilling Units (MODUs).  We build drilling vessels that are designed to stay offshore for 20+ years rarely returning to land.  MODUs mobilize globally, with long histories working in many foreign waters.  The first new build drill ships I was involved with were delivered in 2000, and none of them have returned dockside since.

Popular posts from this blog